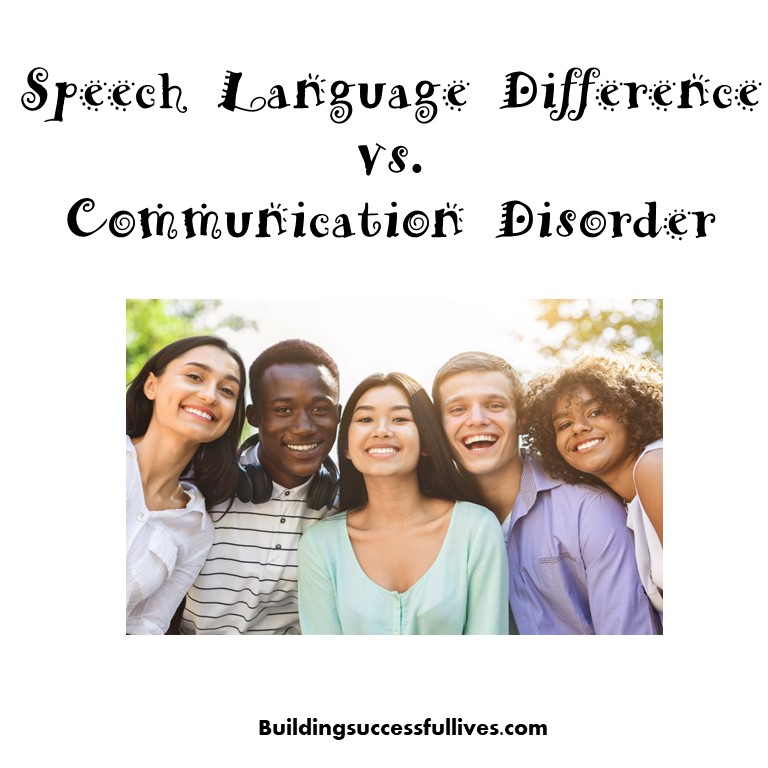 A speech/language difference occurs when a child is able to speak another language that is different from the language used for instruction and sometimes the greater population in the area. The differences are due to communication influenced by the primary language and are not characteristics of a communication disorder.

For example, a child’s first language and second language may be developing at the same time or sequentially and at a different rate of speed or pattern depending on their linguistic environment. On the other hand, a language disorder is “characterized by deficits in language comprehension and/or production in both the native language and the second language” (Gillespie, 2015).

Children with speech/language disorders struggle to communicate in both languages.   While some children may present with limited English language abilities (i.e., English language learners) and concerns arise related to skills in the language used in the classroom (e.g., L2 – English), this does not necessarily mean that a child has a language disorder. Many children have language systems that are appropriate in their native language as they are learning English as a second language.

It is absolutely necessary for speech/language pathologists to differentially diagnose if children and adolescents have a speech/language difference or communication disorder. This is critical because some individuals have a primary language other than English. It is important to remember that bilingualism and multilingualism are on a continuum for listening, speaking, reading, and writing.

These are questions for speech-language pathologists to consider:

Speech articulation errors– Is it because of primary language or do speech sound errors occur in both languages?

Receptive/expressive language weaknesses– Is it because of primary language differences or do linguistic weaknesses occur in both languages?

Some children will receive support from the English Language Learner (ELL) or English to Speakers of Other Languages (ESOL) program. These students receive additional language support because they are still acquiring English as a second language. Their scores for all domains of listening, speaking, reading, and writing are assessed each year on the ACCESS test, an English proficiency test, in 1st-12th grade. Sometimes, these students are referred for speech/language and academic testing in the public school system. Then, they need a comprehensive evaluation to determine if they have a speech/language disorder or a speech/language difference due to being an English Language Learner (ELL) student.

It is imperative that licensed speech/language pathologists distinguish between speech/language difference vs. communication disorder since it is an essential component of being a culturally responsive clinician. In the United States, there are many languages other than English that are the primary or native language of those that require speech/language evaluation and therapeutic services.